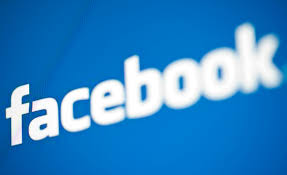 I have to admit, there are times that I’m a little slow at putting two and two together. You see a few weeks ago I had to make myself a new Facebook account. You see, my previous account was shut down because I was apparently not using my real name. I was a little irked at this to say the least and when I followed instructions to try and get my account back I was asked to prove my identity with photographic ID.

Now, for a lot of people out there this wouldn’t be too much of an issue, but as a transgender person having ID that displays my correct name is something of a problem for me. Yes, I’ve got ID with my birth name on it, along with a photograph of a version of myself. But that’s not who I really am, and it’s certainly not who I am on Facebook. Presented with this problem I sent a message to the company to try and explain my position and asked very nicely for my account to be reactivated, yet heard nothing in response.

Skip to much later on and I’ve created a new account and had to go through trying to find all of my old friends and contacts. Then I’m reading through various news stories and come across an article about how Facebook is cracking down on stage names being used by the drag community and shutting down their accounts. I read through the story and thought that, yes, it was a bad situation but one that I was a little removed from. After all, I’m not a drag artist so it wouldn’t really affect me would it?

But then as time passed and I thought more about it I began to consider exactly what the new name change policy could mean to the LGBT community beyond drag performers. What would happen if Facebook turned their attention to those trans people who are in the middle of transitioning themselves and cannot comply with their new rules. Then I suddenly realised that maybe my experience was somehow connected.

Whilst most of the people that have been targeted by Facebook are in the drag community there are others in the LGBT community and beyond who have fallen victim to their harsh new policy. Well, I say new policy, the policy has always been there, but it has not always been so harshly enforced until recently.

Facebook has given what I’m sure to them is a perfectly reasonable statement on the situation siting ‘If people want to use an alternative name on Facebook, they have several different options available to them, including providing an alias under their name on their profile, or creating a Page specifically for that alternative persona. As part of our overall standards, we ask that people who use Facebook provide their real name on their profile.’

All well and good in a lot of situations I suppose, but what about those people like the drag community who feel that if their true identities were made public it could cause them to face serious dangers and possibly even physical harm in their everyday lives. Or what about the trans community, where people are moving from their given identity to their true one, who have found their real name and want to be known by it but do not yet have any form of ‘official’ ID.
On Wednesday members of the drag community met with Facebook officials in order to discuss the current sate of affairs on the site. One of the members in attendance, drag performer Sister Roma, reported that Facebook refuses to even acknowledge that there is an issue with the new policy. According to Roma Facebook even admitted that many of the accounts that were deactivated were targeted due to complaints made by other users.

Since the meeting Facebook has agreed to temporarily reinstate hundreds of profiles that were deleted due to complaints from other users, but only for a two week period so that the effected users can choose whether or not they’d like to use their legal names.

‘We’ve decided to temporarily reactivate the profiles of several hundred members of the LGBT community whose profiles were recently deactivated,’ Facebook spokesperson Andrew Souvall said in a recent statement. ‘This will give them a chance to decide how they’d like to represent themselves on Facebook. Over the next two weeks, we hope that they will decide to confirm their real name, change their name to their real name, or convert their profile to a Page.’

When you think about it though is there any point in letting people have their profiles back for such a short period? Especially as if you want to keep them you’ll have to bow to Facebooks new rules?

I’ve already had one account deleted, possibly from other users complaining about me (yes, I’m looking at all you creepy ‘chasers’ who keep messaging me for sex chats and pics who I tell to fuck off), and could very well have this account suspended too. The thing is, Amy isn’t a fake name. It’s me. I won’t be forced into using a name that isn’t true to who I really am. Especially by a faceless organisation.

Due to my previous account being deleted, and in a small part to this article I’m sharing where I’m complaining about Facebook I’m kind of expecting that I’ll have my profile deleted again. The thing is, this new rule is wrong. Facebook shouldn’t be able to tell you what name you can and cannot use. Especially when nine times out of ten I go by Amy and not my ‘real’ name.

Hopefully Facebook will reverse its decision soon as I’m sure the LGBT community won’t let the issue go.

Additional reading:
Planet Transgender from 2011: ARE YOU A FACEBOOK TRANSGENDER NAME FAKER? Your account may be suspended too and Transgender Cleansing on Social Media Facebook and Google+ You may be next

When Capitol Police Officer Goodman saved the US from a coup

GLAAD is Standardizing Transgender Images and why that is Wrong