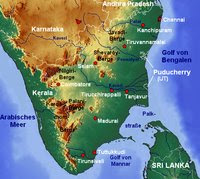 Laying in the southeastern corner of India is Nadu Tamil. The state of தமிழ்நாடு with culture predating recorded history has transitioned back to the future as a world leader of progressive thinking by offering sexual reassignment surgery. In a country suffering from current western transphobic influences, the present treatment of India’s transgender people often mirrors that of it’s contemporaries, with indifference and cruelty being the norm. This has not always been true of India and once again the ancient reverence of humanity is manifesting in popular culture.

Published by Indian Express.com the article by Vinay Sitapati is much more than a story about getting a Sex-change for free, it is the story of societal success..

“In the midst of all this, Tamil Nadu stands out in how it treats transgenders. The state has set up a Transgender Welfare Board with a budget of 50 lakh rupees per year. That’s around 100 rupees per eunuch — meagre but without parallel in the rest of India. More than money, it’s the schemes themselves that are eye-catching: special ration cards for eunuchs and “admission to transgenders in Government colleges,” to quote DMK MP Kanimozhi. But it’s Tamil Nadu’s decision to pay for sex-change surgery that is truly path breaking.” read on Sex-change for free

Texas housing law protects everyone except “Transvestites” and LGB

Gov. Laura Kelly on Kansas anti-trans bill “We don’t want to go down that Road”