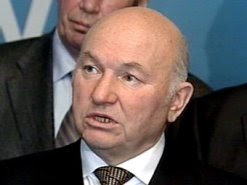 Source Gay Russia; Gay, Lesbian, Bisexual and Transgender people are being forgotten by the very political parties that they had hoped would link them to the free world.

In a country where democratic liberties were tasted for a second like a waft of perfume, it passed threw the senses floating on a breeze that has since turned icy and forbidding.

Moscow Mayor Luzhkov has reiterated it is forbidden to conduct Gay Pride celebrations and members of the Moscow Dumas have stated it is treasonous to even speak (propaganda) of preventing STD or birth control by modern methods.

According to Gay Russia Luzhkoz said,
“He suggested that propaganda of the views of sexual minorities can be one of the factors in the expansion of HIV infection in the city.”

Moscow Mayor stressed that “of course, we will be criticized by all democrats in the world but in the each society there are own views on that”.

Yes Mister Mayor you will be criticised and held accountable for the human suffering by all Democratic free societies.

Kelli Buseyhttps://planettransgender.com
Kelli Busey an outspoken gonzo style journalist has been writing since 2007. In 2008, she brought the Dallas Advocate on-line and has articles published by the Reconciling Ministries Network, The Transsexual Menace, The Daily Kos, Frock Magazine the TransAdvocate, the Dallas Voice and The Advocate. Kelli, an avid runner is editor in chief at Planet Transgender which she founded in 2007.
RELATED ARTICLES
General

Alpacas, Unicorns and 9MM Glocks Home on the range

Alpacas, Unicorns and 9MM Glocks Home on the range